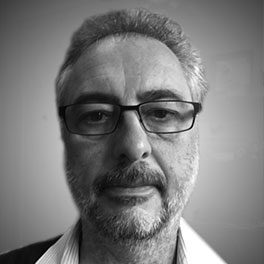 Dr Ray Nias has a wealth of experience in the Asia-Pacific region. He has been involved in many conservation projects in Australia, the Southwest Pacific and the Sub-Antarctic region. His work has included strategic planning for invasive species programs in Australia and working on Australian government advisory committees dealing with threatened species and threat abatement plans.

From 1988 – 2009, Ray was the Director of Conservation for WWF Australia and led the development of WWF Australia’s large and growing program of conservation related activities including the management of research, policy development, advocacy, and community outreach programs. He was actively involved in the international work of WWF for many years; has been Chair of the WWF International Marine Advisory Group; and was instrumental in the establishment of the WWF South Pacific program in 1990 and the WWF Antarctic and Southern Ocean Initiative in 2006.

Ray is an experienced fund-raiser and communicator with 28 years’ experience in developing, funding and managing conservation programs by working with governments, conservation groups and communities throughout Asia-Pacific.

In 2009, Ray helped establish TierraMar with the aim of assisting organisations that work on coastal and marine conservation issues in Australia, South-east Asia and the Pacific. As a consultant Ray specialised in strategic planning and analysis of complex environmental programs, developing funding applications for intergovernmental organisations in the Pacific and writing technical and popular reports on coastal and marine issues including the plight of Australia’s unique snub fin dolphin.

From 20012 – 2018, Ray was the Director, Southwest Pacific Region for the international NGO Island Conservation. The mission of Island Conservation is to prevent the extinction of island species through the removal of invasive vertebrates. Ray lead the development of a regional strategy for eradication of invasive species on Pacific islands through partnerships with national and regional organizations and government agencies.