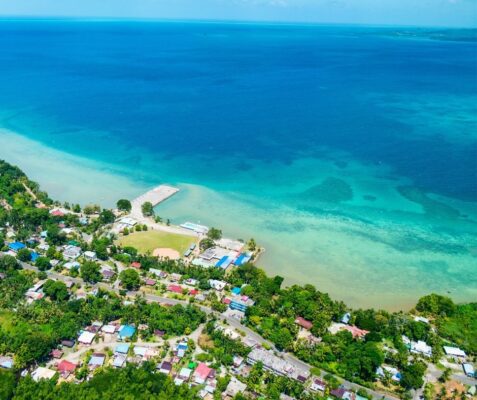 In a briefing paper provided to SPREP, we looked at the current extent and status of MPAs in the Pacific Islands region using data from the Marine Protected Area Atlas (www.mpatlas.org, accessed September 2019), a product of the US-based Marine Conservation Institute.

We found that MPAs covered some 3.1million km2, or 17.73% of the combined Exclusive Economic Zones (EEZs) of 14 Pacific SIDS countries. However, the distribution of these MPAs is very uneven across the region. Just four countries provide more than 99% of the total: Cook Islands, Palau, Kiribati and Federated States of Micronesia. A number of countries have made new pledges to increase their MPA coverage in recent years, and these have the potential to increase the total coverage in the coming years to around 18.5%. At the moment only 2.3% of the combined EEZs are classified as “highly protected”, almost all of this is comprised by the Phoenix Islands Protected Area in Kiribati.

What is the 30 x 30 Marine Protected Areas target?

Since 2014, many scientific bodies and conservation organisations, and a number of countries, have been arguing that 30% of the world needs to be free from exploitation and managed within national parks and reserves by 2030. The so-called 30×30 target for marine protected areas is being discussed as part of the post 2020 Convention of Biological Diversity (CBD) discussions. The proposed target would have major implications for Pacific nations, especially Pacific Small Island Developing States (SIDS).

There are a number of other area-based marine conservation measures used throughout the Pacific such as shark sanctuaries, marine mammal sanctuaries and locally managed marine areas that contribute to marine conservation but do not meet the formal definitions of a Marine Protected Area. Shark Sanctuaries for example cover the entire EEZ of 6 Pacific SIDS countries (Cook Islands, FSM, Kiribati, Marshall Islands, Palau, and Samoa) and comprise 54% of the combined EEZ of Pacific SIDS. It is also important to note the number of countries, including Papua New Guinea, Solomon Islands, Vanuatu and Fiji also have considerable numbers of locally managed marine areas where local communities designate their own management practices and management system to protect their marine resources.

The challenge for Pacific SIDS

One of the great challenges faced in meeting the 30 x 30 MPA target will not only be how to manage the larger areas under protection, particularly on the High Seas, but also the numerous smaller locally managed in-shore marine areas. A particular demonstration of this complexity is shown by the shift in fishing effort that has come as a result of Palau’s recent decision to exclude commercial fishing from 80% of its EEZ. Commercial fishers (primarily tuna fishers) left the EEZ and the resulting shortage of fish in the domestic market has put increased pressure on the in-shore reef fisheries. Palau is currently trying to resolve this dilemma in its quest to be one of the world’s leading examples of effective marine conservation by a small island developing nation.